Franco found us and James Jeon Films to capture his surprise proposal to his girlfriend Jane. He set up a romantic entrance and balcony composition at Sixty LES in New York City. While we waited for Jane to arrive from the Metro, we setup our gear, planned our locations and who each of us would film at what angle and focal length. Execution for such a short and fast experience must be perfect, so we made sure to rehearse. Franco looked pretty calm, but we knew how nervous he must have been, the anticipation is what kills.

James and I followed Franco out to the street to meet Jane. We used our telephoto lens at a distance so we would be inconspicuous, while Olya and Frances waited in the hotel suite with their lens pointed at the door. Jane was definitely surprised at the first sight of the rose petal path, but even in the moment of disbelief, she instinctively took out her phone to take a photo of her surprise. After that brief photo op, the plan continued flawlessly as they made their way out to the balcony, with a view of the Empire State Building and a heart of roses. The four of us videographers and photographers rushed around them whilst still giving Franco plenty of personal space and intimacy to ask Jane to be his wife. A brief moment was captured forever and the rest of the story can be seen down. 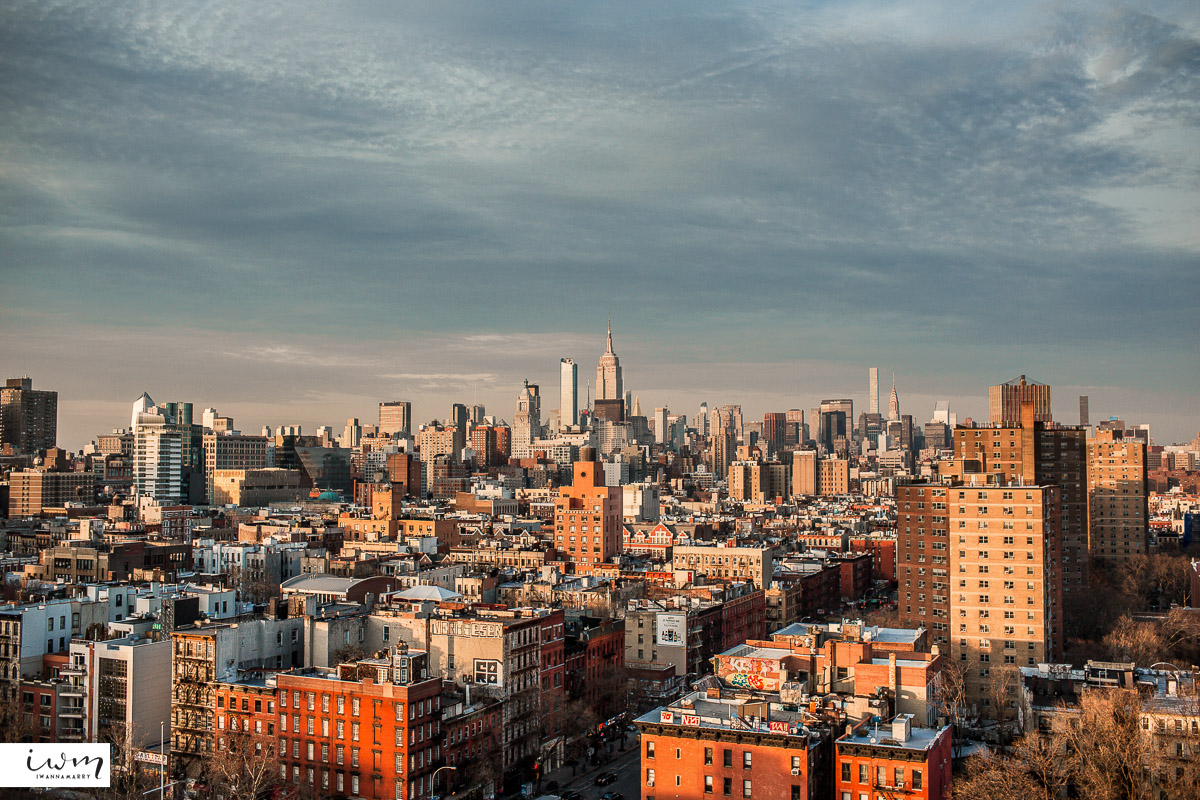 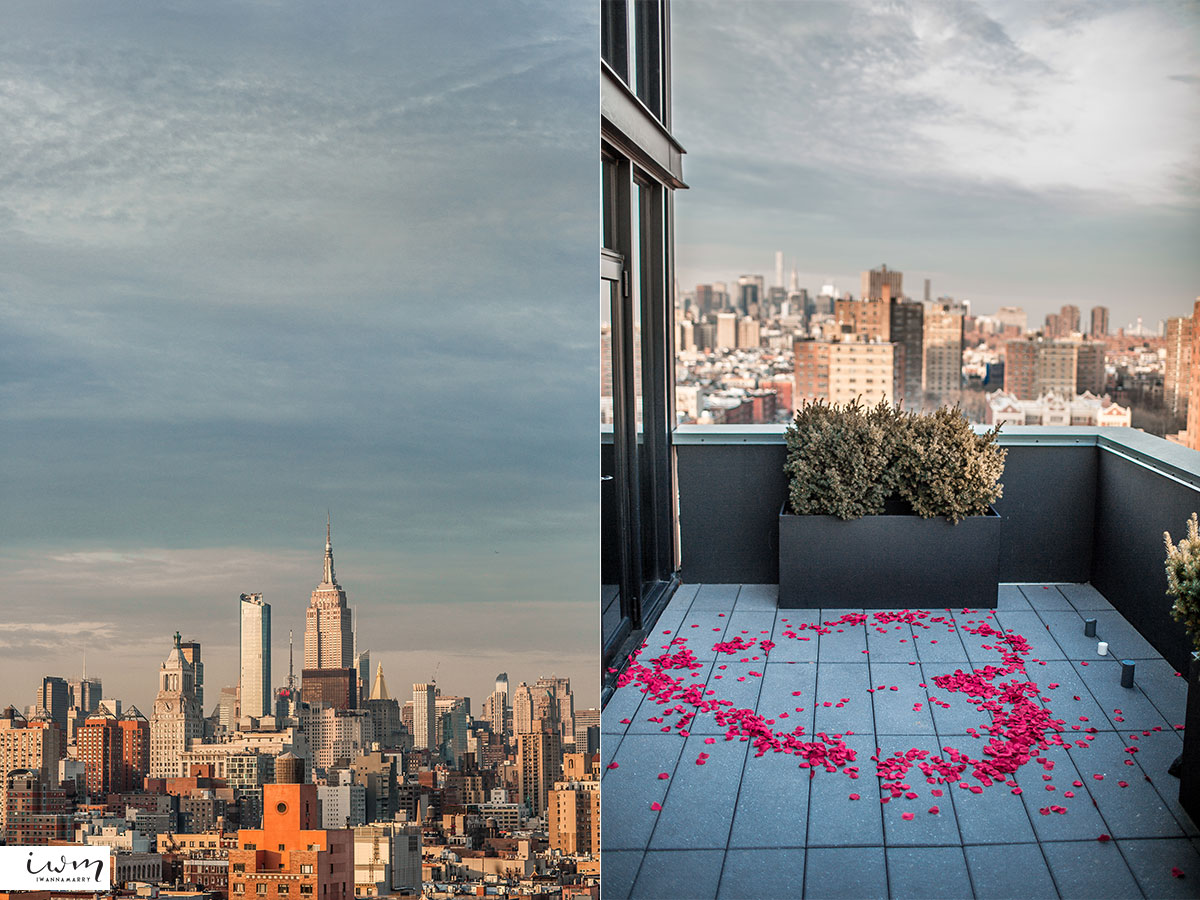 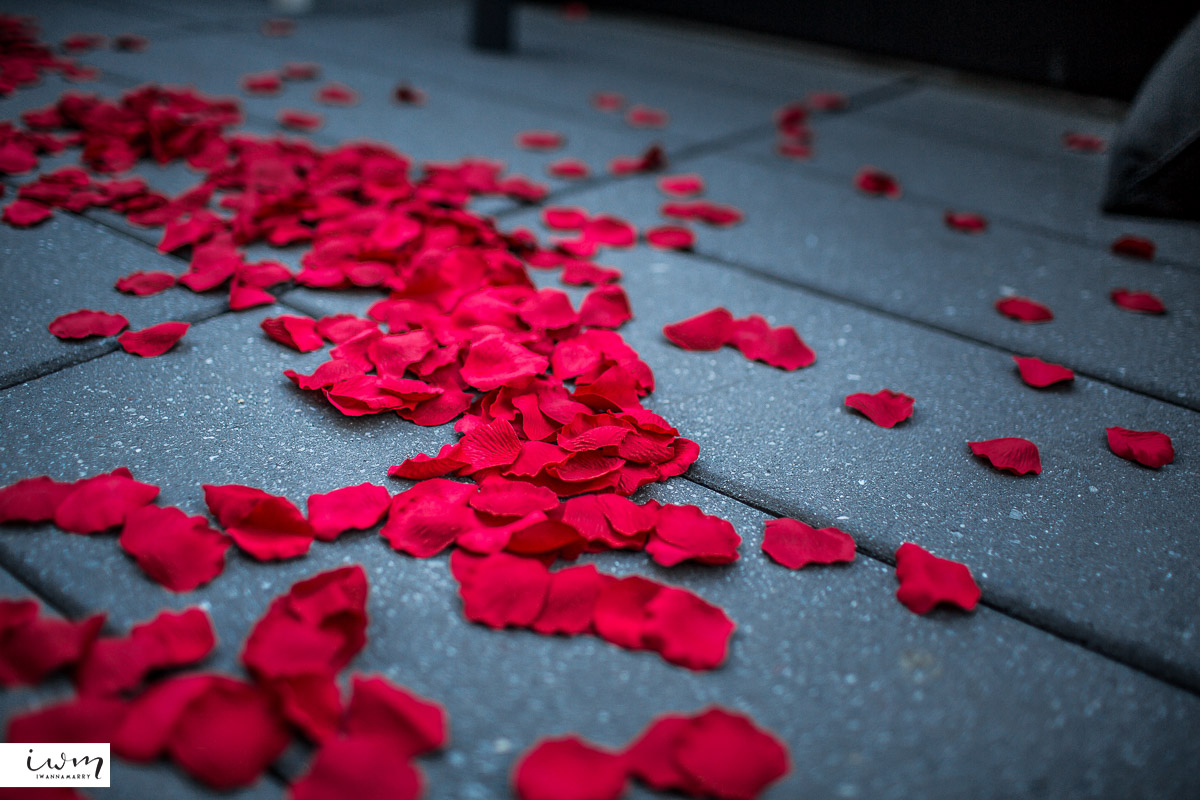 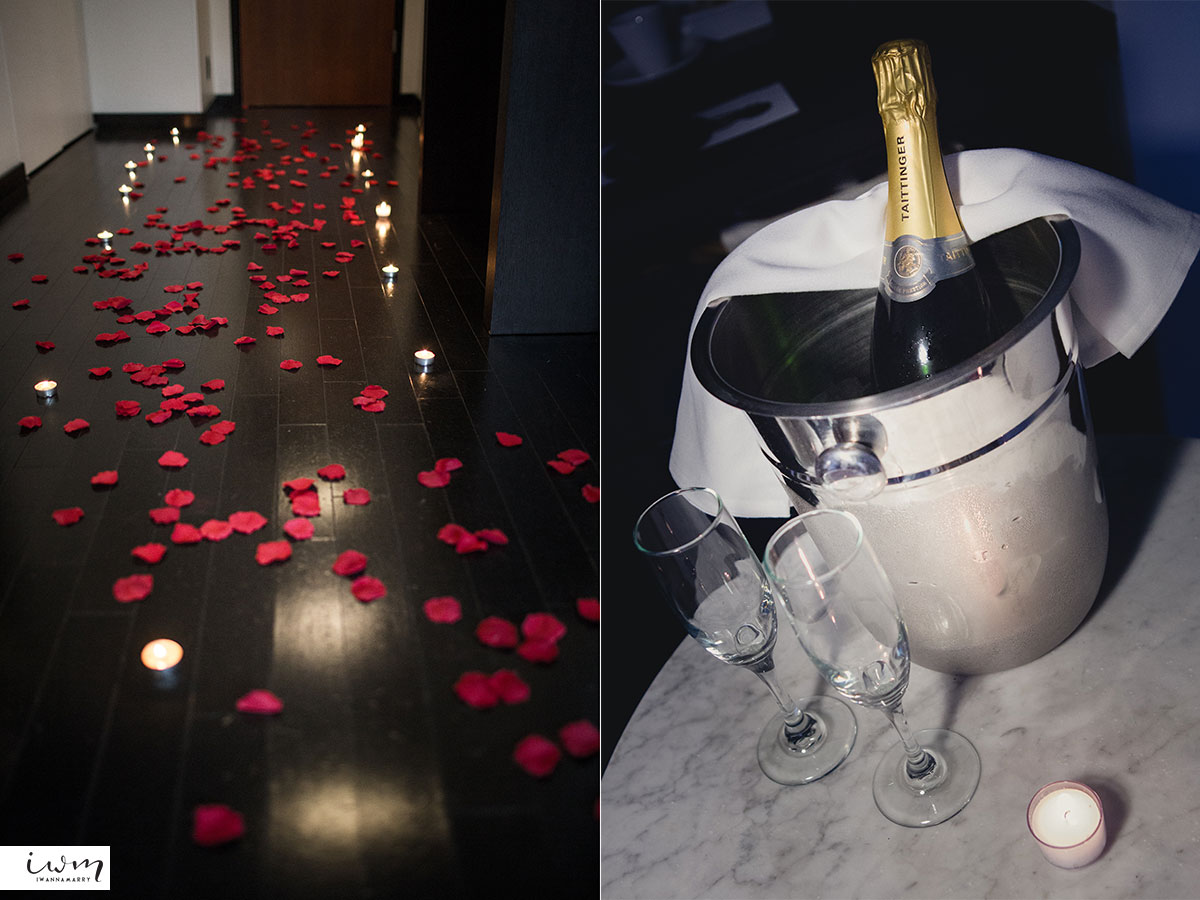 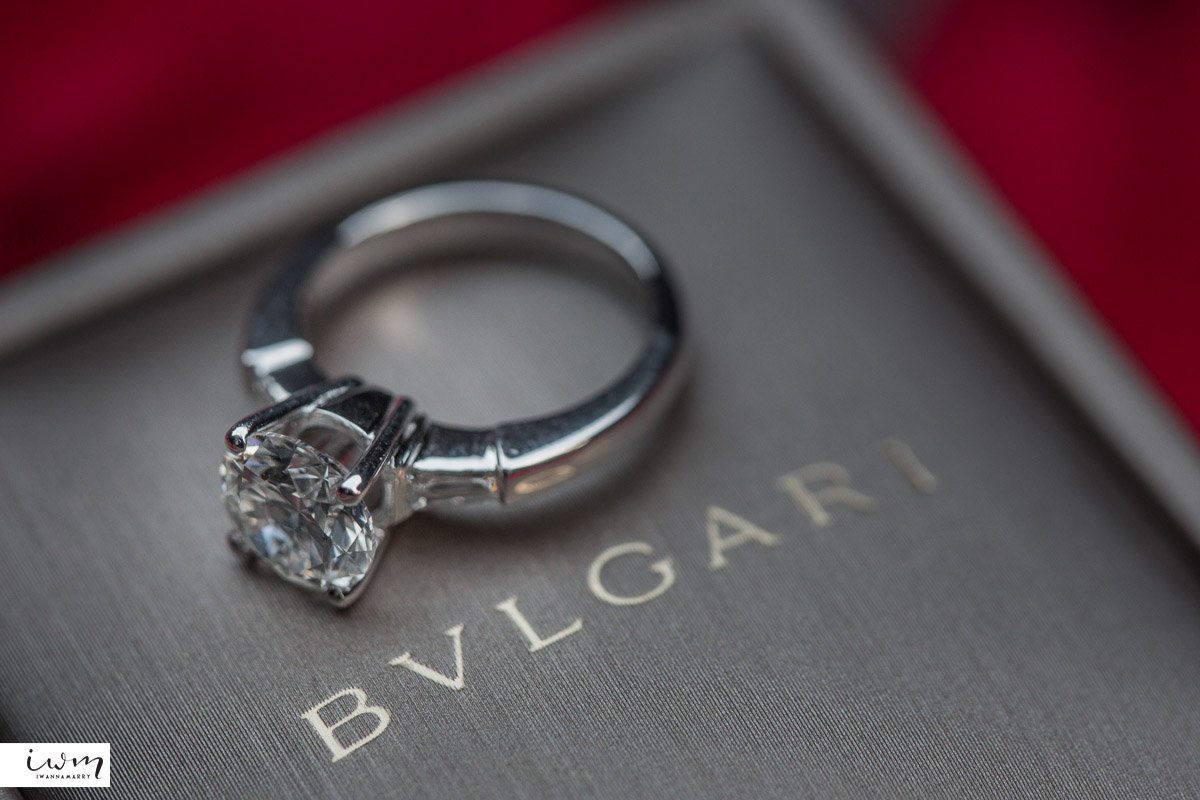 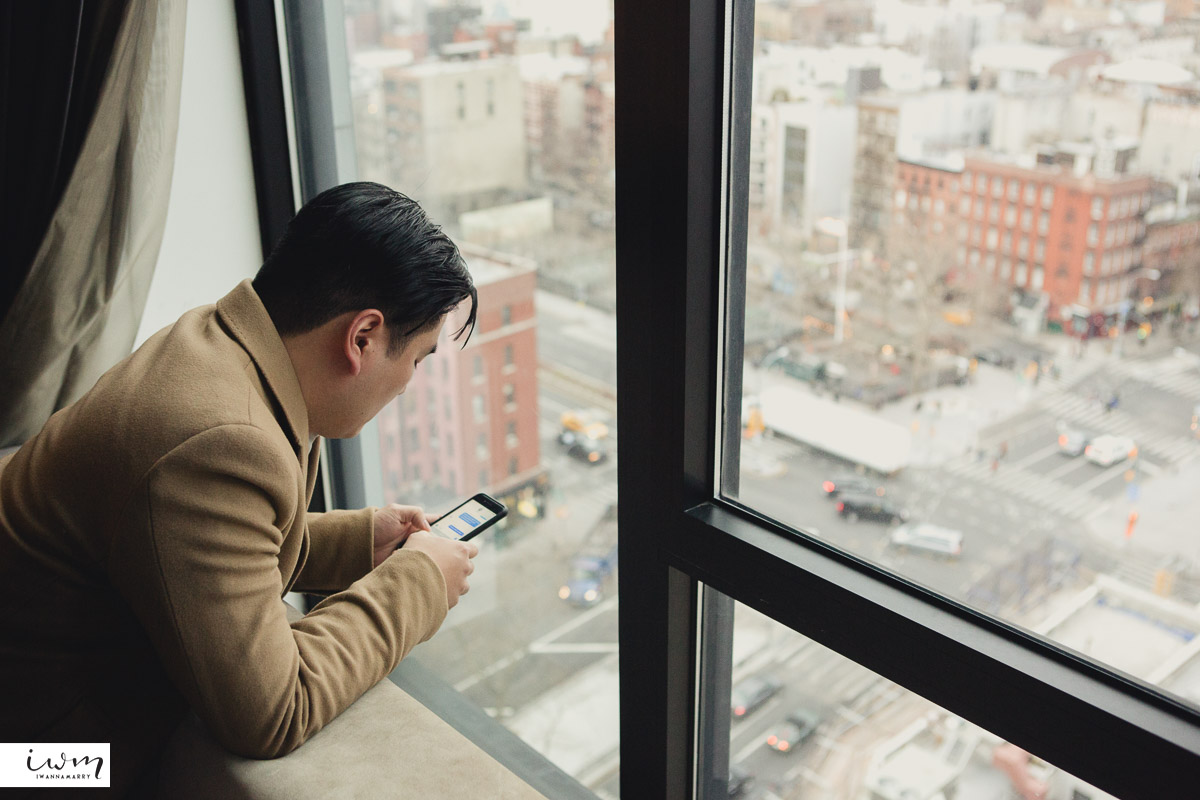 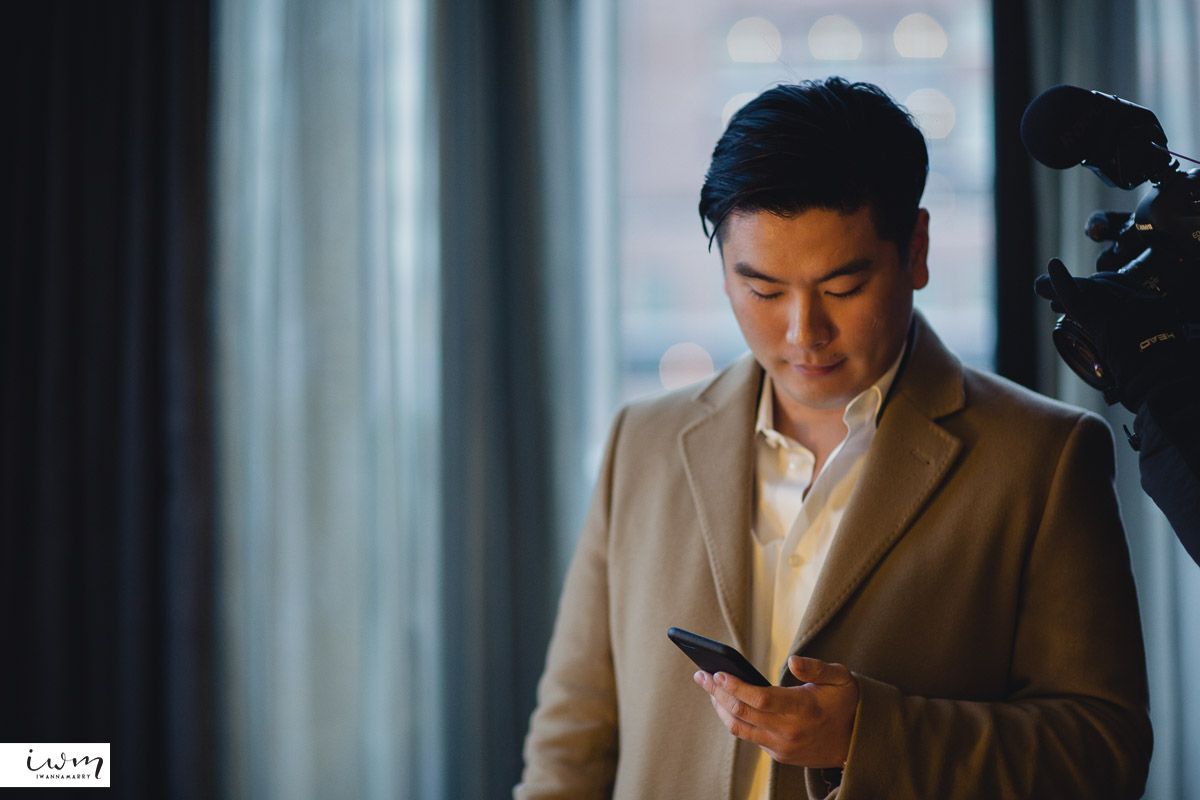 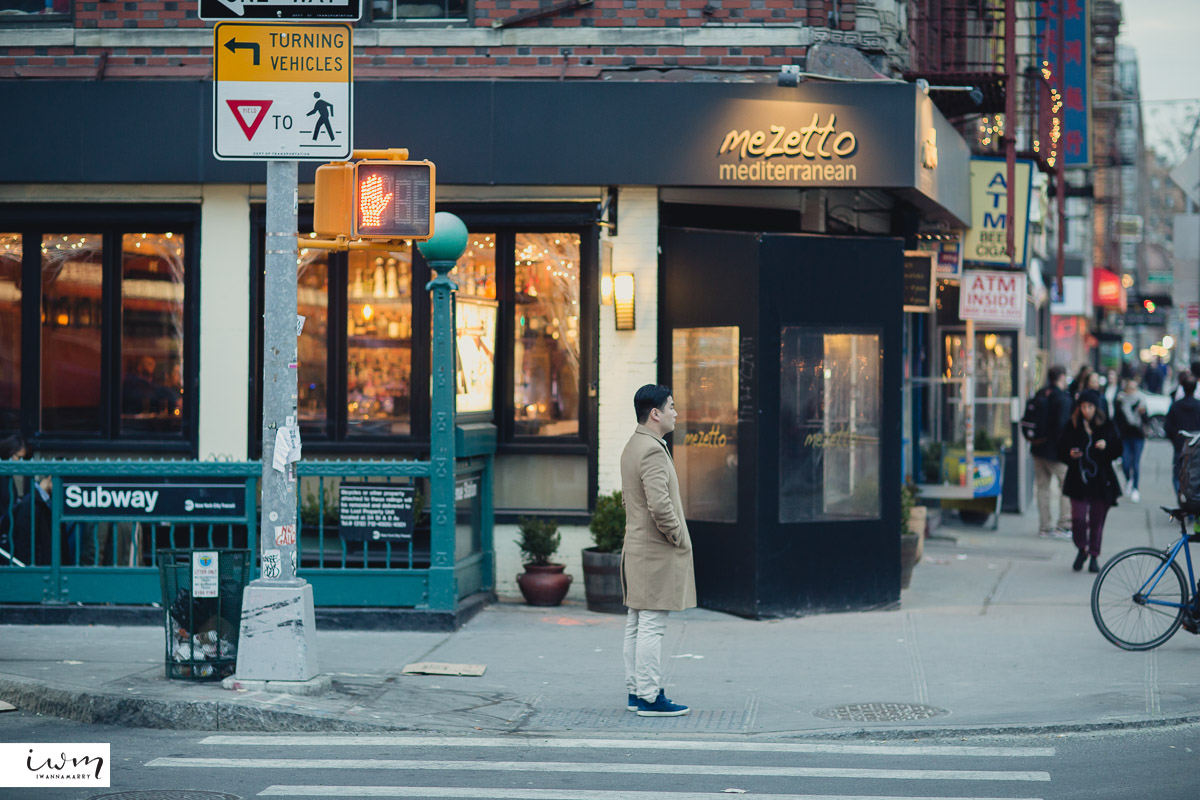 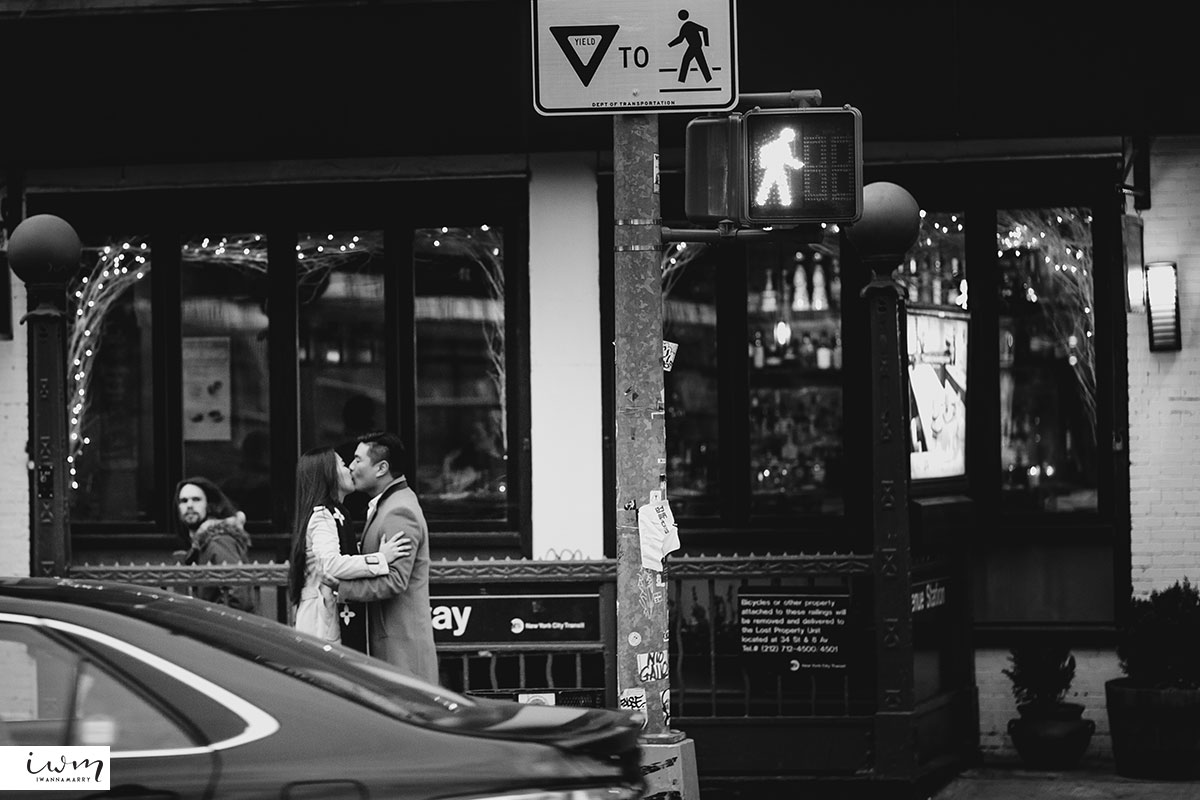 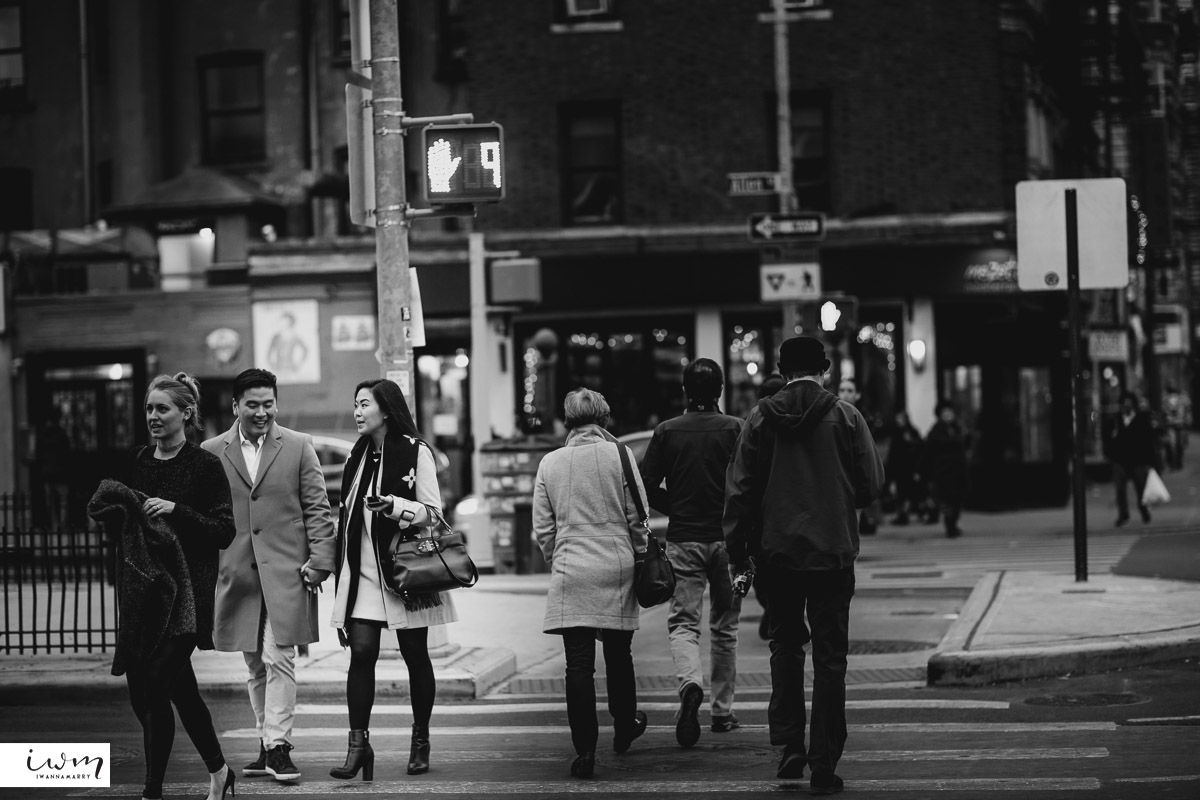 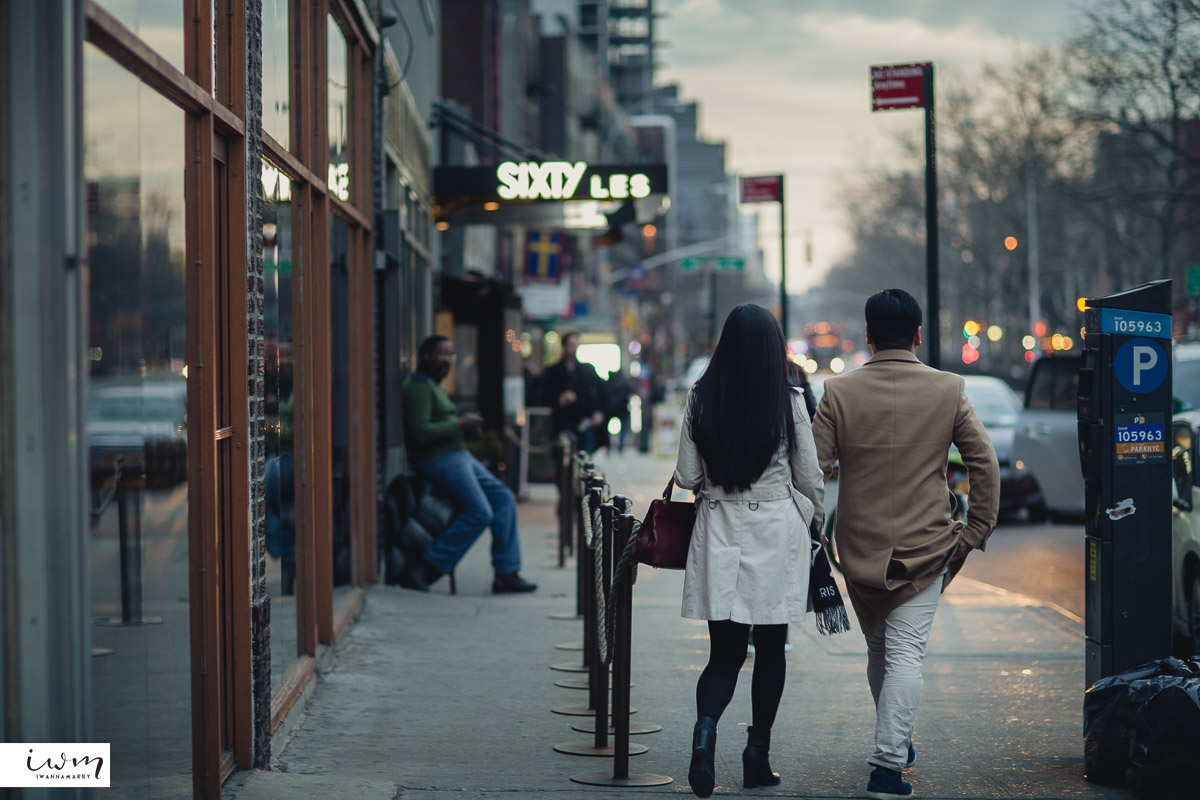 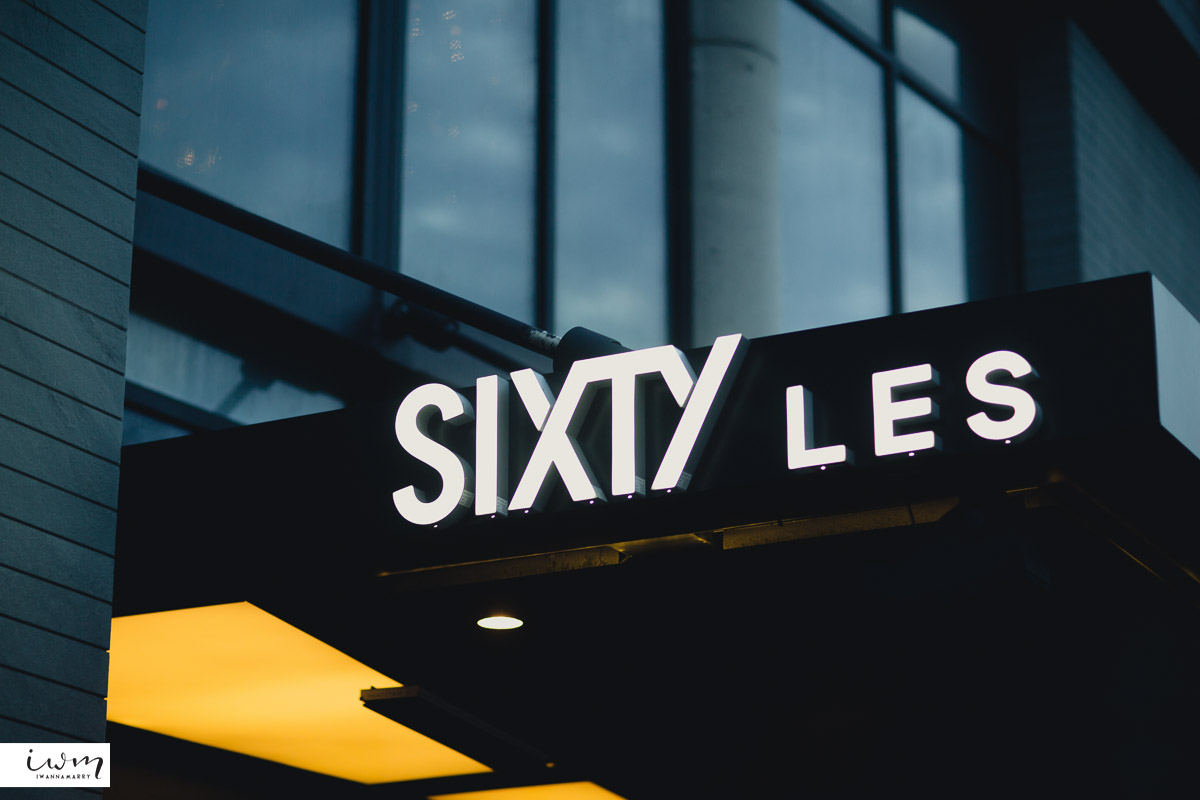 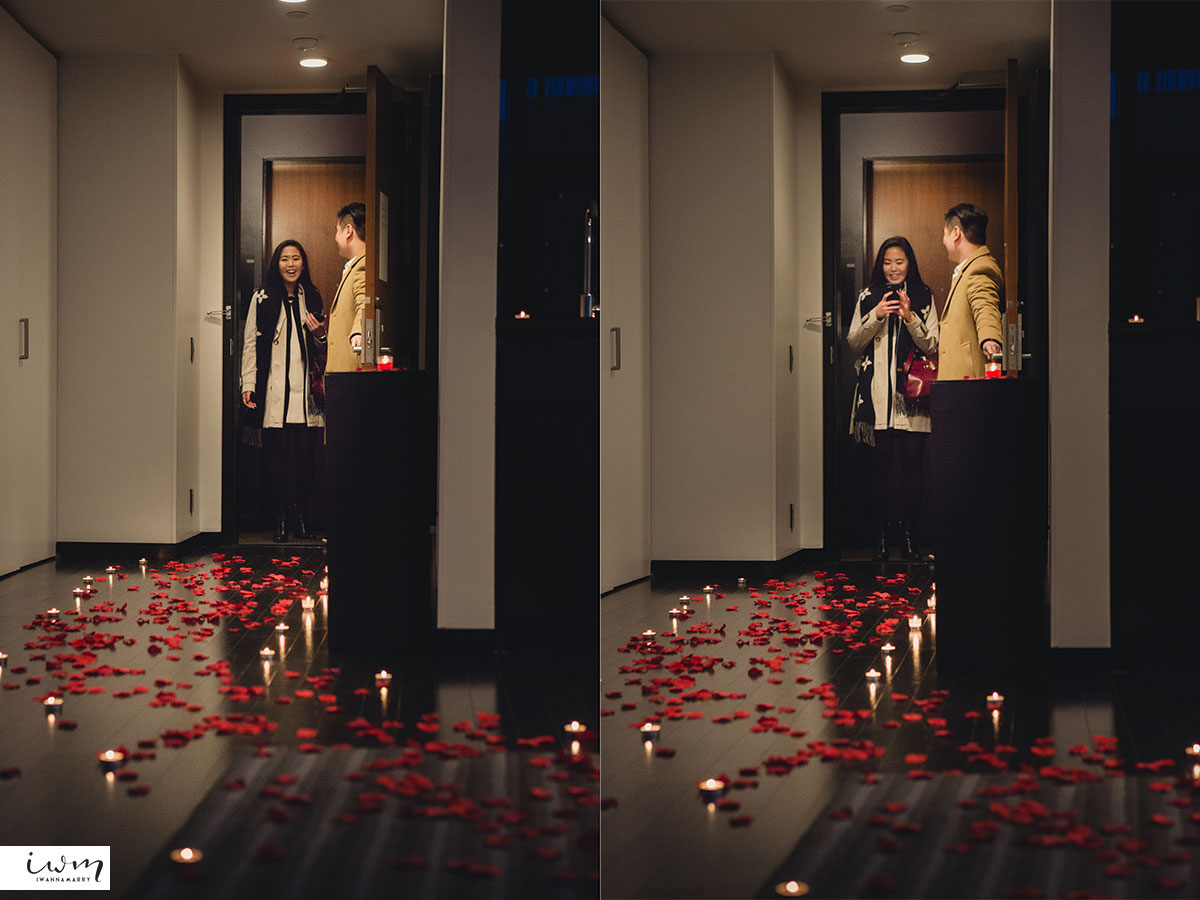 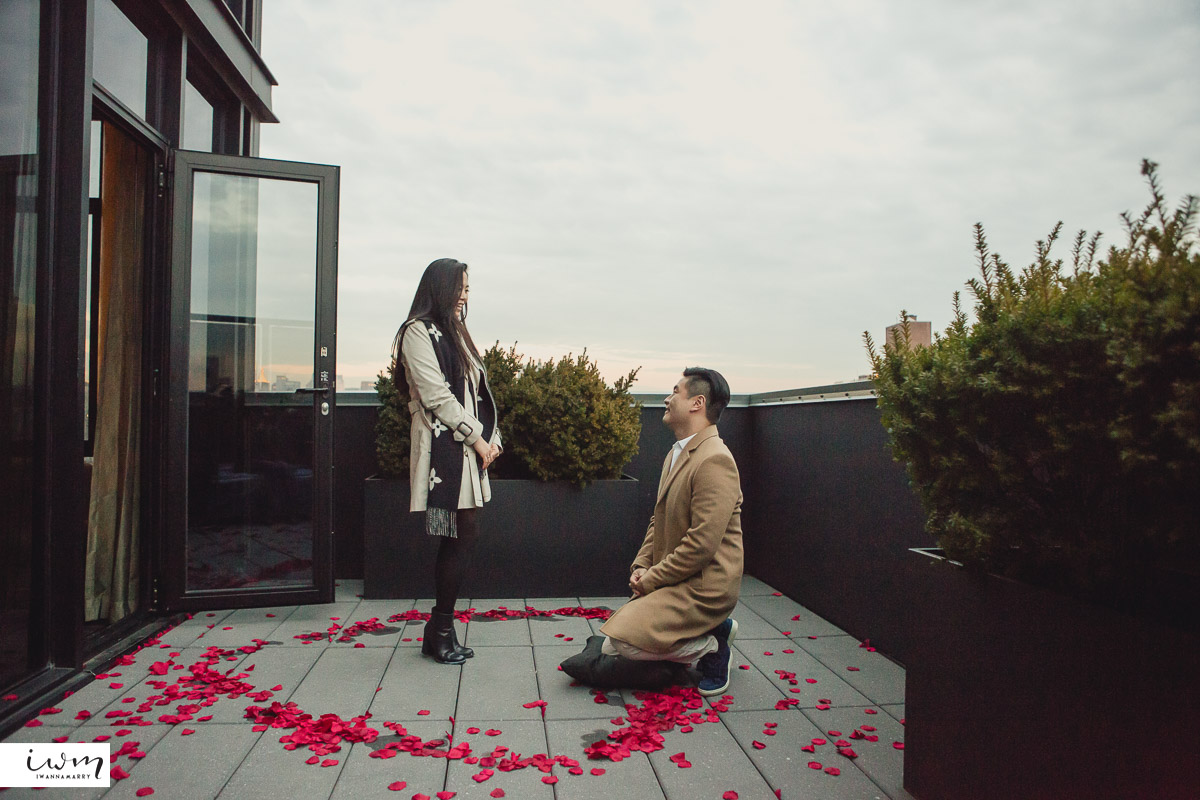 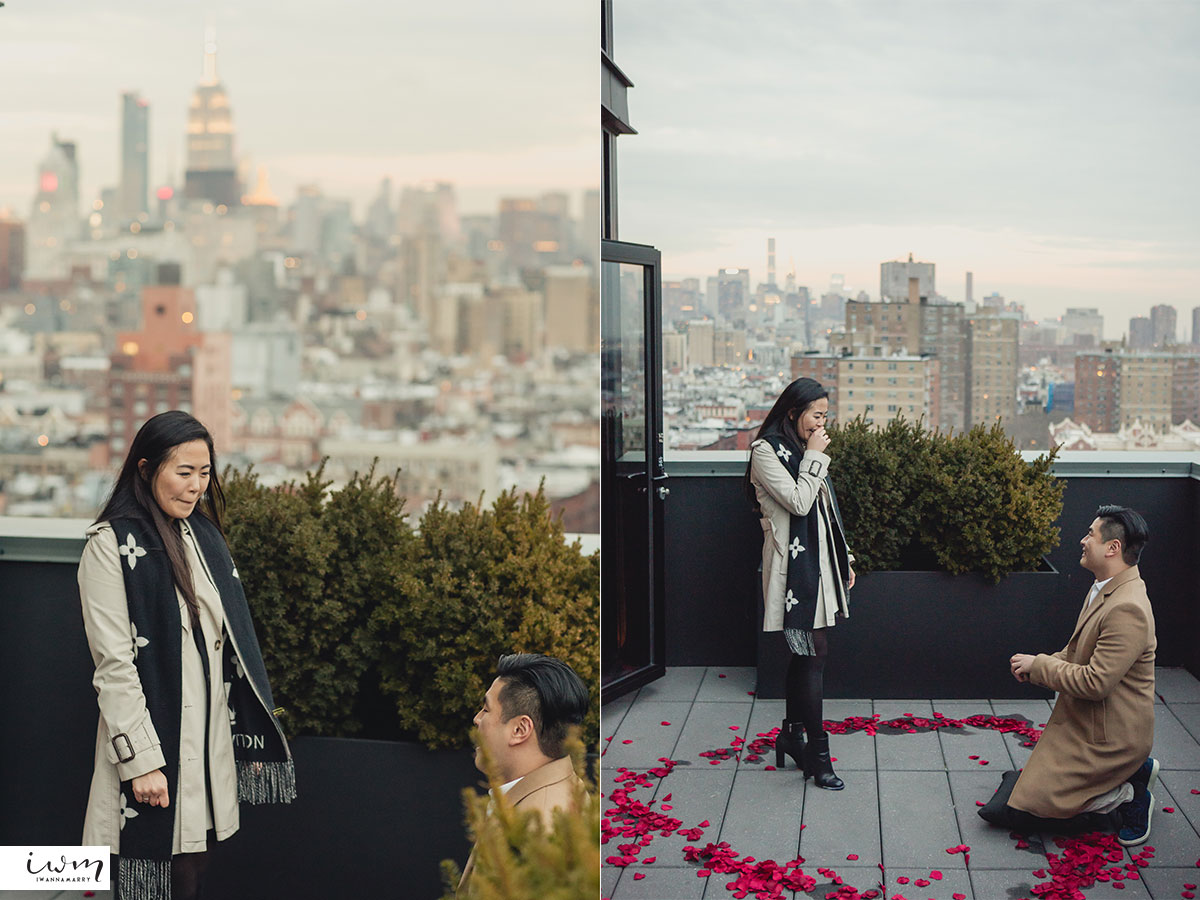 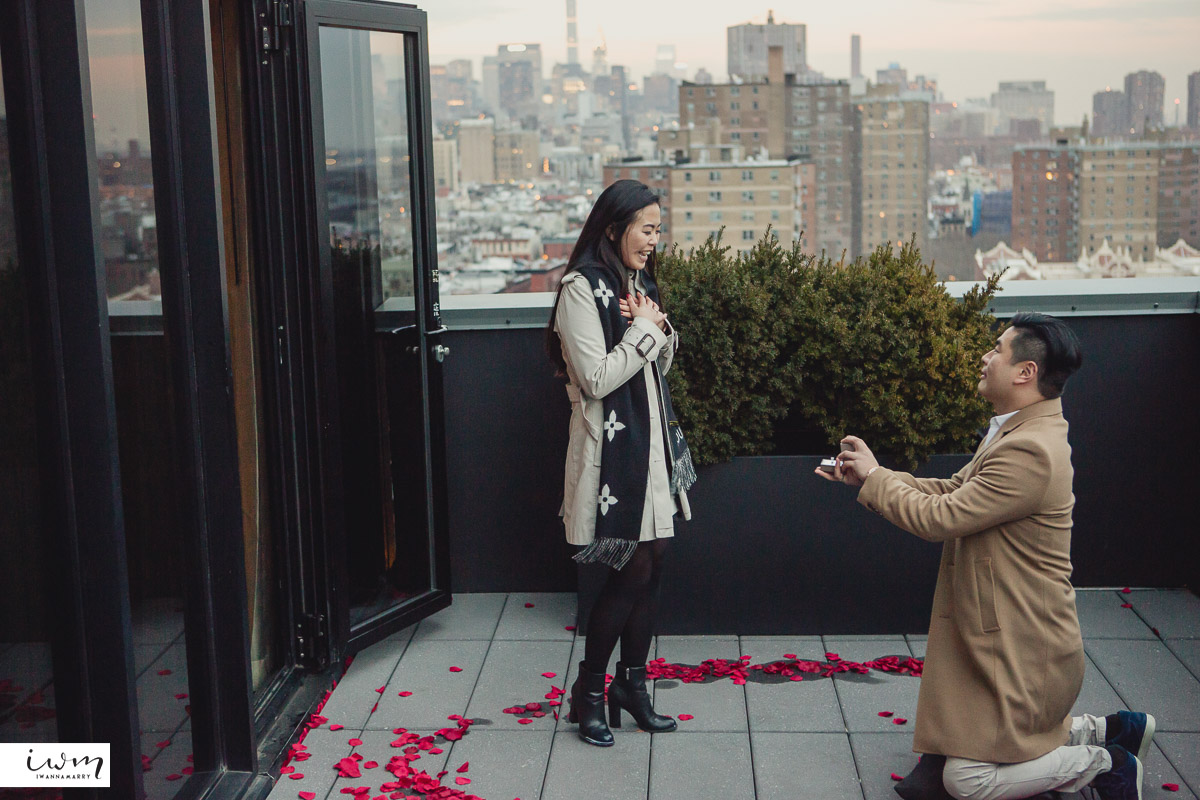 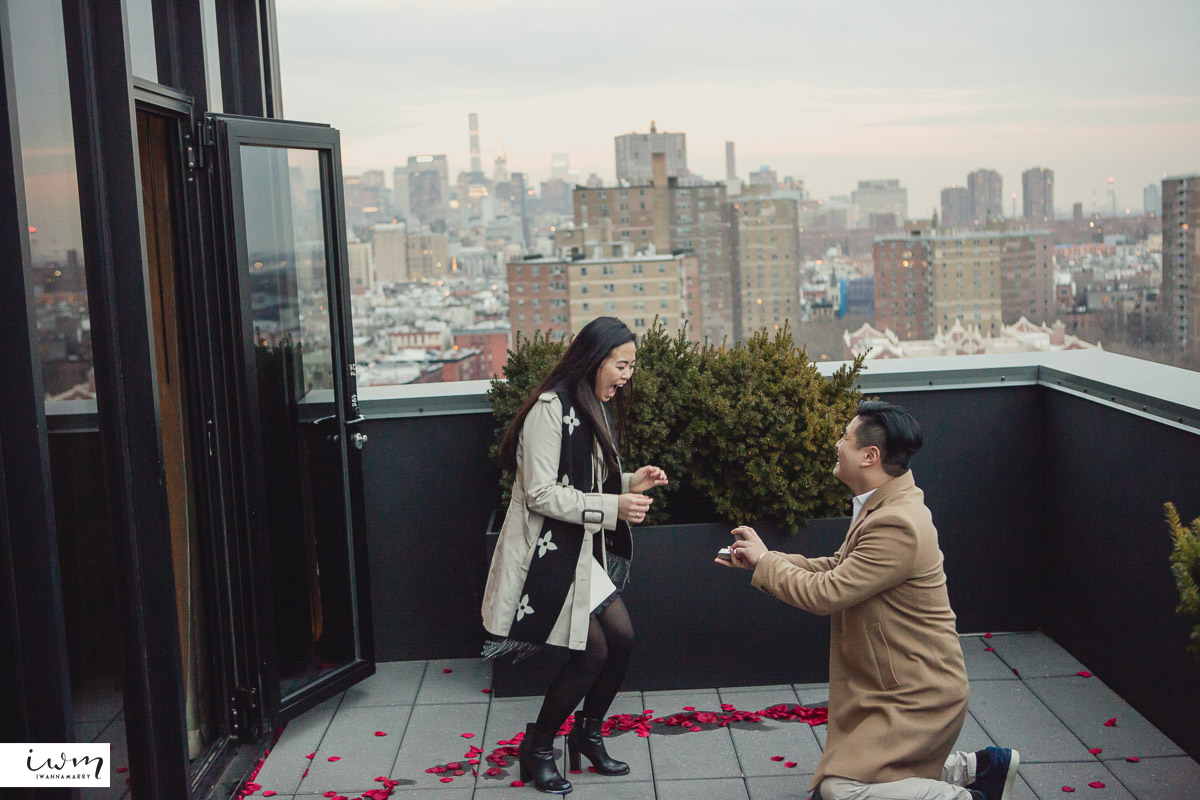 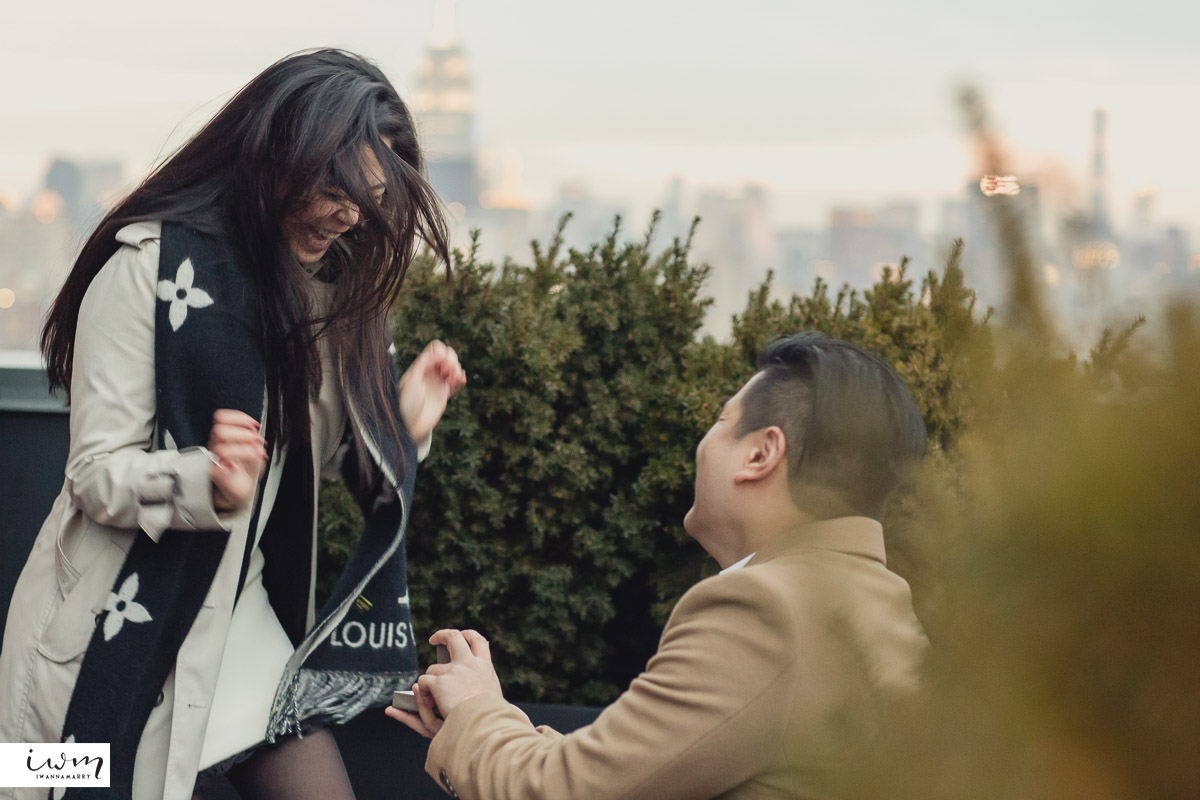 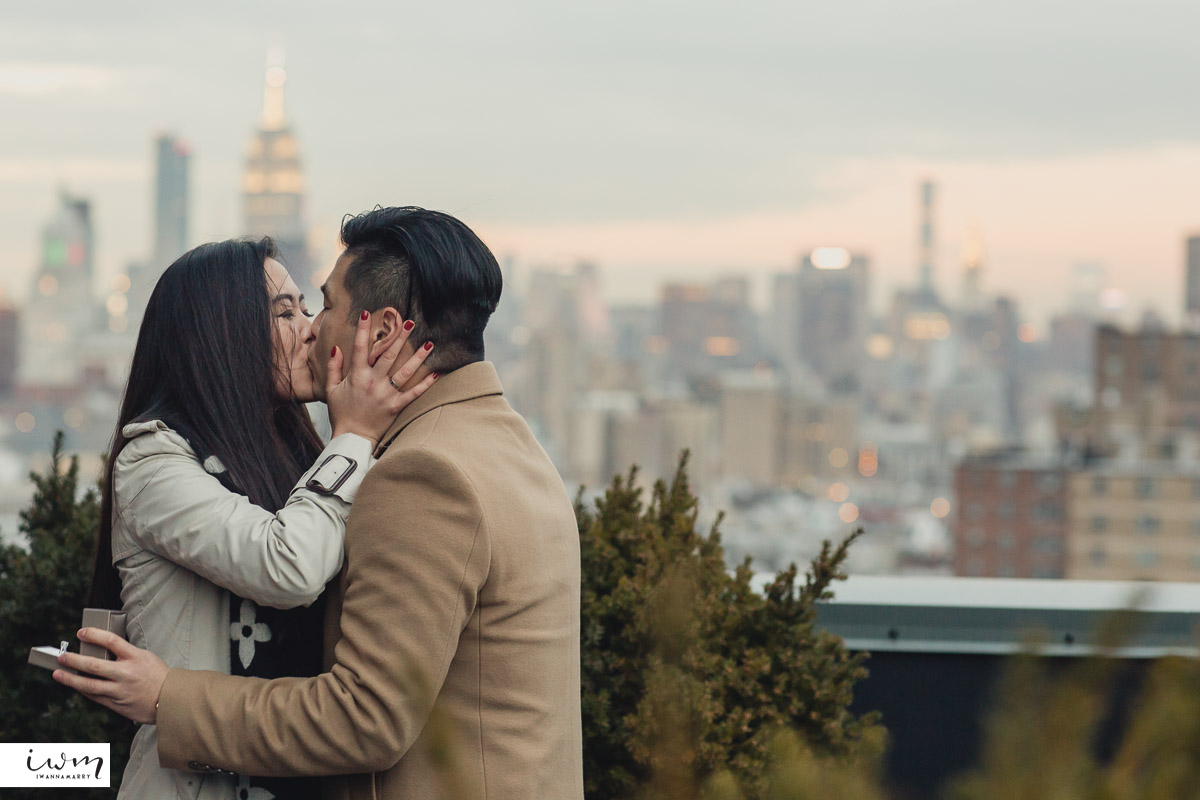 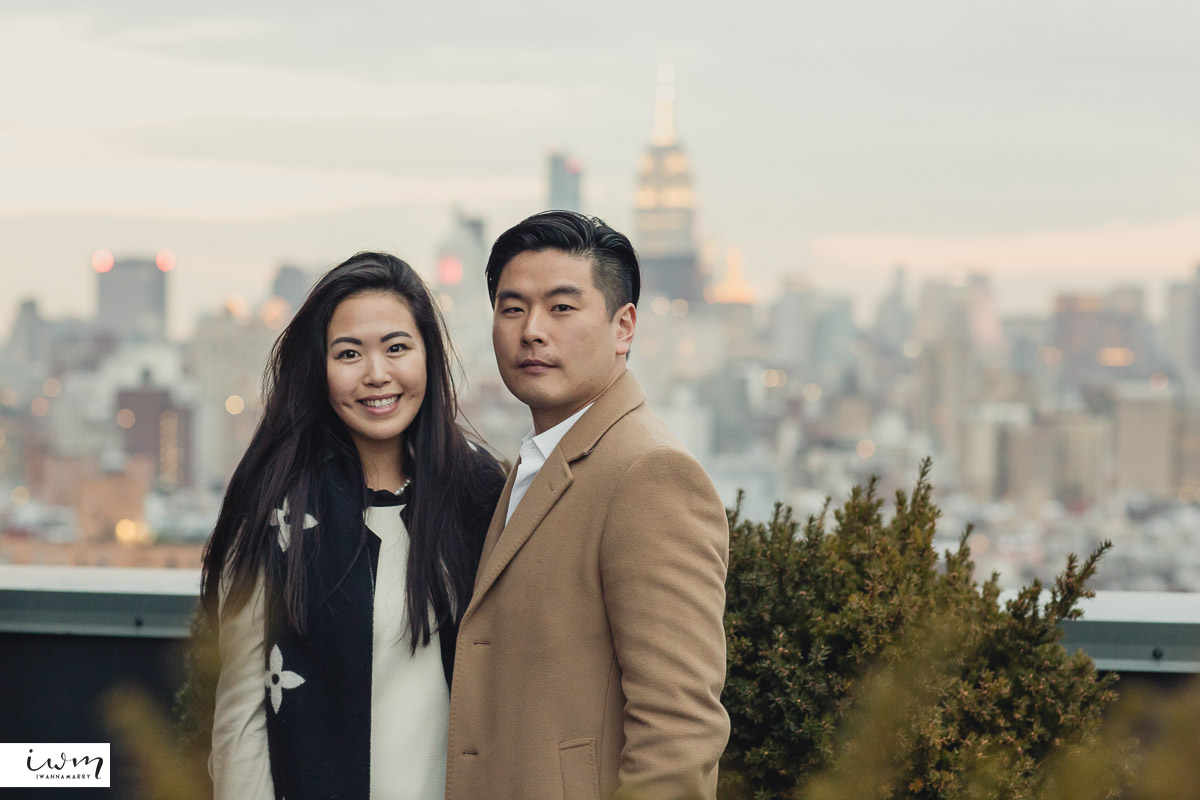 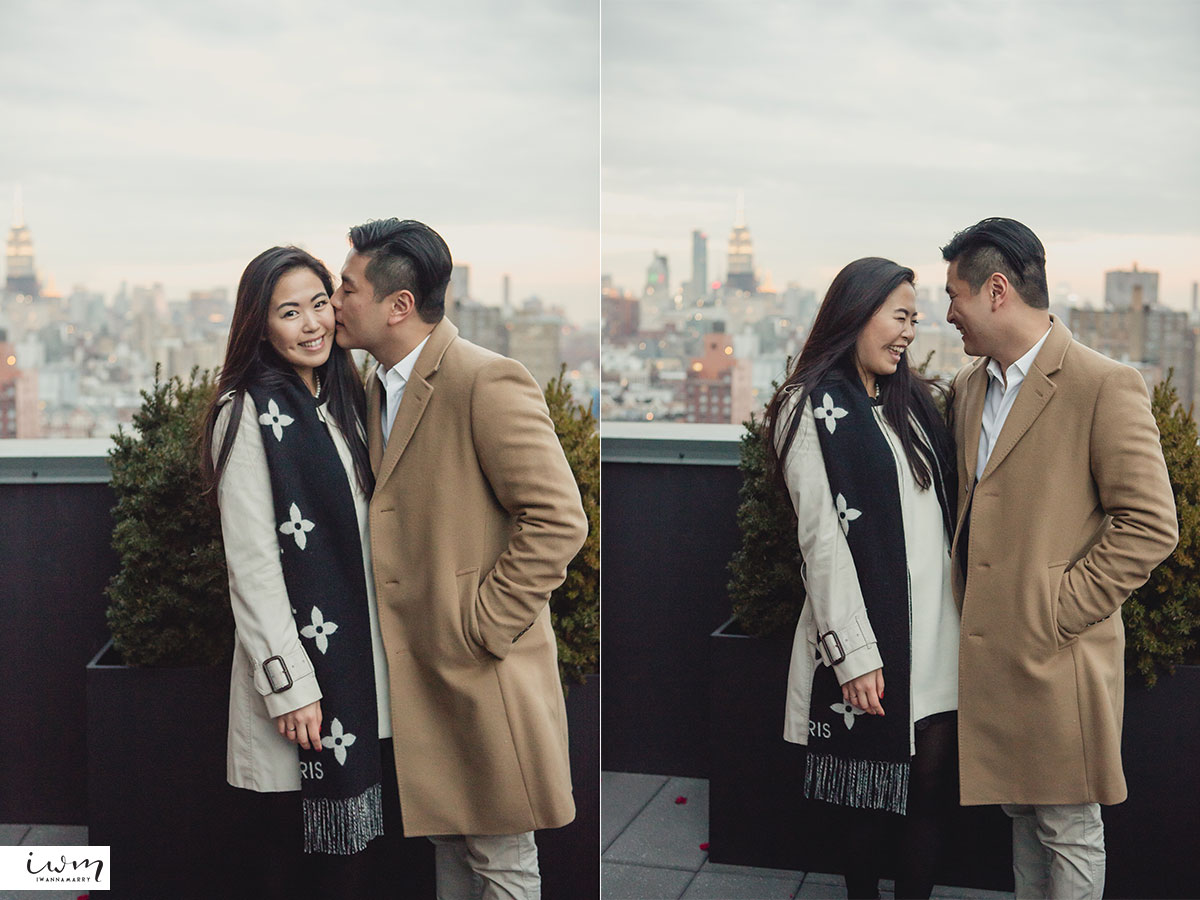 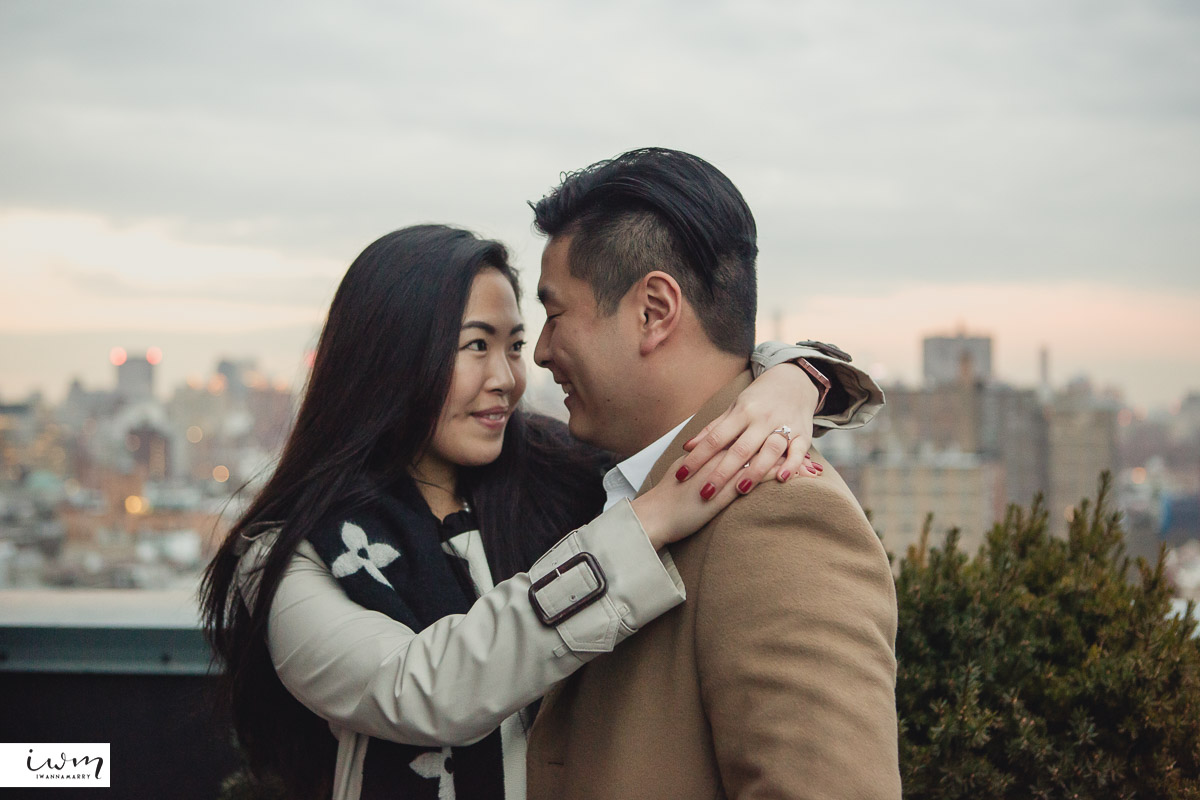 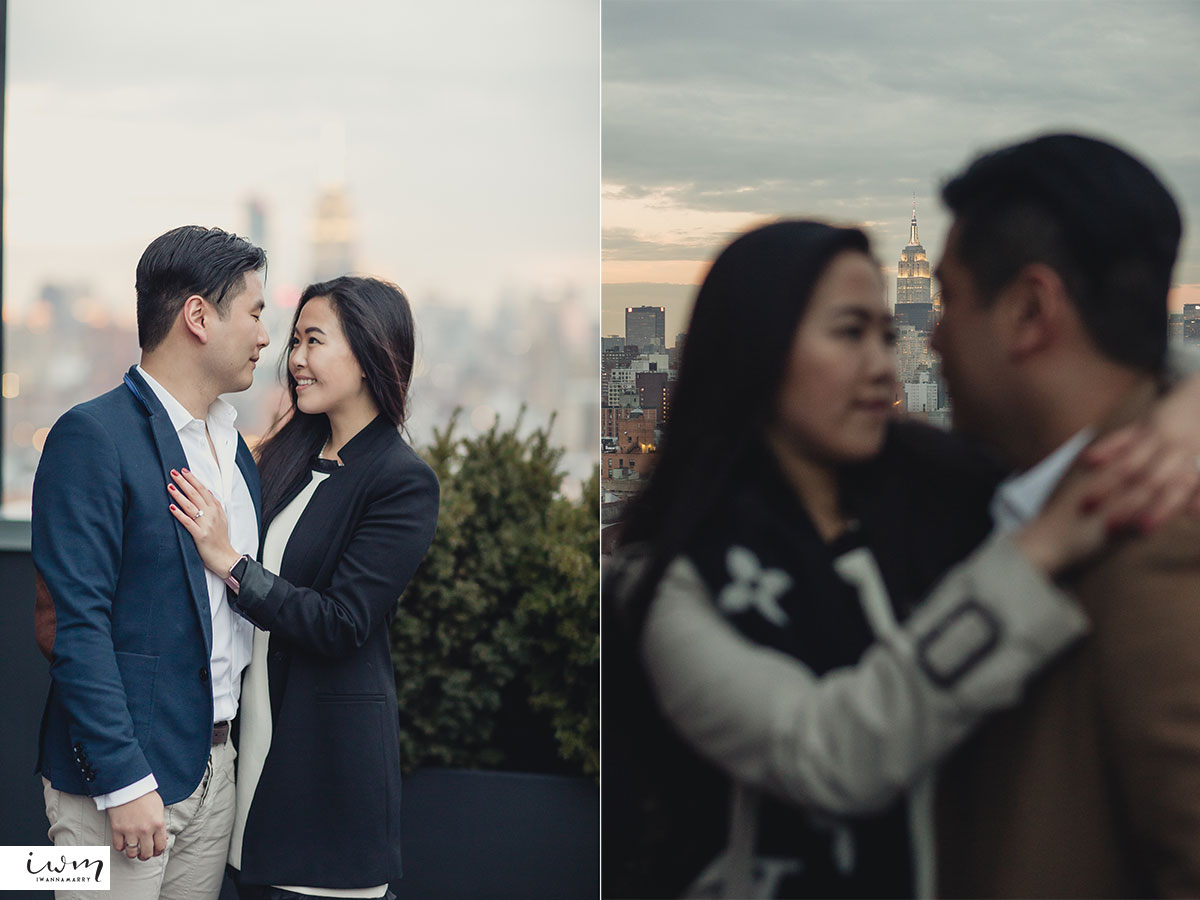 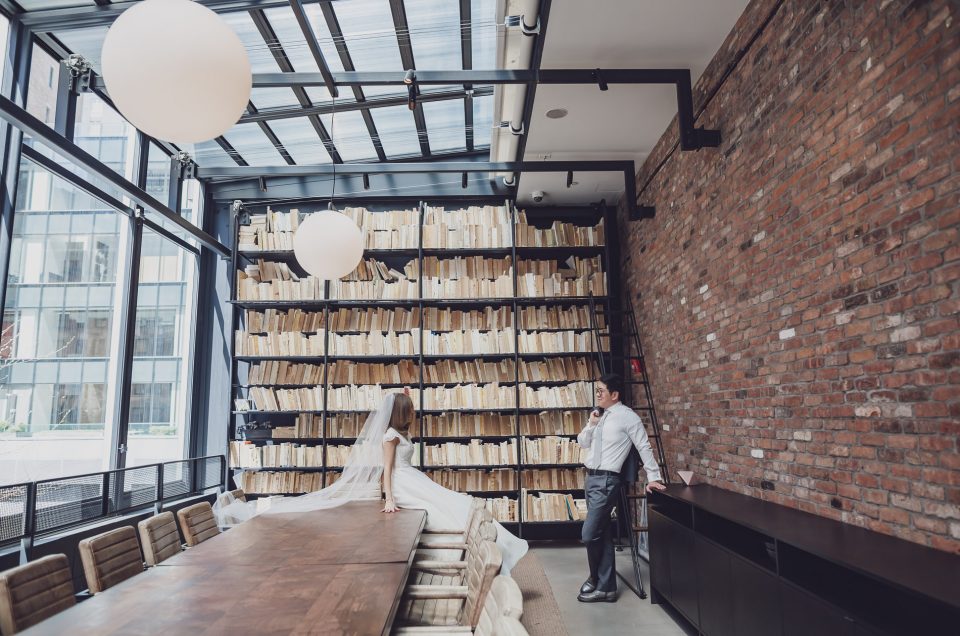 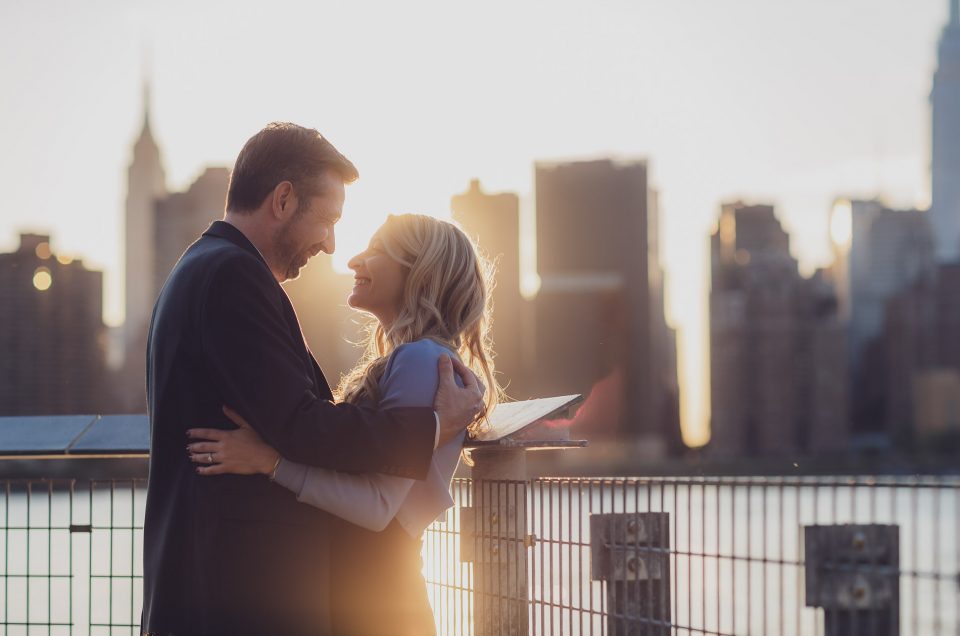 © Copyright I Wanna Marry, LLC. Images may not be reproduced without expressed permission.